When you are in Thailand, you may be lucky enough to experience some Thai dancing. We can divide the classic traditional Thai dance in two types: the “Khon” and the “Lakhon”. Both belong to the dramatic art form, and aim to tell a story, express feelings, emotions and thoughts.
The Khon

Originally, the Khon was performed by men only. This form of dramatic play was supposed to be done traditionally by wearing costumes and sumptuous masks. Those masks were completely covering their faces, preventing them to talk therefore to tell their story. The sings and the dialogue, which may include description of action on the stage, were spoken by an offstage chorus. The story is based on Ramakien’s episodes, parts of the founding myths of Hinduism, and told through poems and recitals.

Just as in the theatres, costumes vary from one character to another, and masks, just like during the Greek tragedies, are distinguished by emotions they’re referring to : anger, joy, fear … The choreography does not evolve, in order to preserve this precious culture. Dancers are doing a lot of acrobatics and complicated movements to tell the story at best. And, given the fact that this dance was originally only performed by men, they occasionally had to dress like women and play their role in the plays. 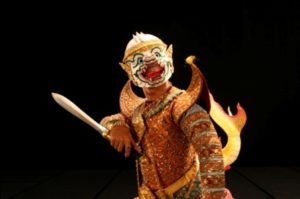 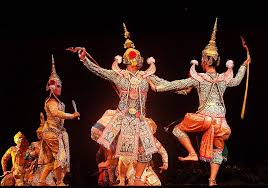 Nowadays, most of the shows are performed for tourists who really much appreciate this art and culture, but also by the Royal family which stays very loyal to this kind of tradition. It’s also important to know that the performances generally last very long, from 3 hours … to 8 hours straight ! If you wish to see a video extract of the Khon, you can click here.

Lakhon, derived from Khon, is inspired by the Ramakian but also by Buddha previous life, the Jakata. It is a form of danced theatre which express the character’s feelings through the dancers’s facial expressions. The dancers wear ornate costumes, but no masks. It’s usually only women who perform the Lakhon, and they start practising it at an early age. This art is extremely difficult to master because of its intense training and its need of great physical effort. From these dancers emerge an infinite grace which takes years to acquire. 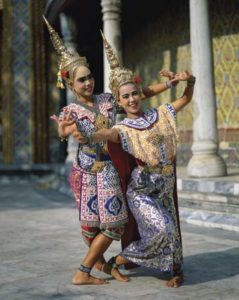 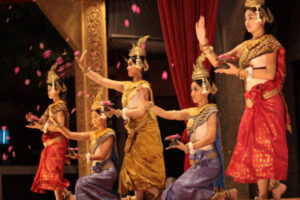 Lakhon is a dance that’s always performed by several women or in larger groups. A Lakhon dancer cannot perform her art alone on stage. The story is being told by a singing choir located near the stage. Those who are interested in watching a video to picture the scene, here‘s a little sneak peek.

As an important part of Thai culture, the unique and beautiful music instruments play a essential role during those shows.

The Difference Between Construction in Thailand Vs the USA