While traditional Thai Music remains anchored in Thai Collective consciousness through its presence in rituals and festivities, recent decades have seen new artists come to the fore. These new stars do not hesitate to take the western codes, or K-pop, to forge a career that sometimes exceeds Thailand. This Thai pop is hegemonic since the 90’s and denies any form of political commitment. But who are the Queen B made in Thailand?

She is half Thai, half American. She is known since 15 years old and her first album “Amita Tata Young” A few years later, she released the second album “I believe”, which is particularly good thanks to the single “Sexy, Naughty. Bitchy”.

This single endorses a bit more of her image as “impolite” which is not always the taste of Thai. She remains a singer with talent, who shows a real personality, especially through an album like “Dangerous Tata”.

He is the most famous male pop singer in Thailand. His romantic songs have charmed Thai ears for 20 years already. His public of young women finds him a charm, especially since he also did play few leader roles in Thai series and movies.

Half Thai, half Scottish, his best-known albums are Boomerang, Sabai Sabai, or Thongchai 2501.

Endorphin has four members: Da the lead singer, Kia, Bird, and Bomb. Their music is a mix of pop stubborn air and overflowing energy. she knows how to sing, her sweet voice knows how to tame the words. Recently separated, Endorphine will surely remain in Thai music industry memories. They left albums like Reply, Narongvit, Sak-Ka-Waa 49. Da, is now a successful solo artist.

Behind Golf & Mike hides 2 brothers who are very similar. They want to be carriers of a lively and sometimes amusing music. Lovers of dancing, they know how to capsize the hearts of Thai teenagers. Their first single “Bounce” put them in the spotlight and launched their career. The One by One and Golf Mike albums have confirmed their success.

Another Thai pop music band that split two or three years ago. The peacemaker was incredibly popular for their beautiful touching lyrics. Go quickly to their singles “Nothing Else” or (I miss you).

Five years ago, many Thai bands appeared to compete with the big K-pop bands. This wave did not last long, but there remained a few singles.

GAIA is a group of 5 Thai Teens who debuted in December 2013 at DoaDot Entertainment. Their first single “Audition” released in 2013, immediately found its audience. 5 month later, on June 6th 2014, “Love Potion” made a mark, ranking in the billboard 10 of the most listened songs in Thailand.

The global influence that K-pop has now also allowed Thai artists to shine: Lalisa Manoban has, for example, joined the band that is all time: BlackPink

At first sight, the Thai pop music seems identical. Yet, when you dive your nose and ears in these albums, the lyrics seem more and more understandable and your mind comes out lighter. Good listening! 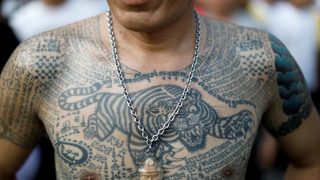 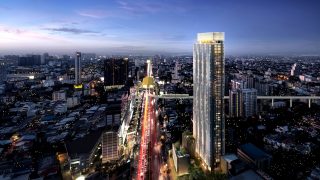