The extension of MRT Blue Line connecting between Hua Lamphong Station and Thaphra Station will be officially ready on 12 August 2019, the day of Thailand National Mother’s Day. 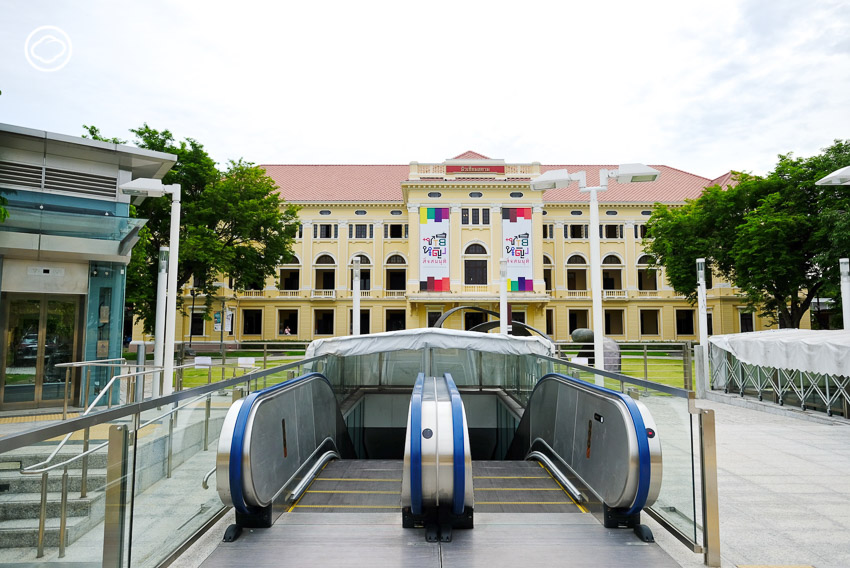 The extension of MRT Blue Line was built for 14 kilometres and it will serve 11 stations, including both underground stations and elevated stations. For the underground station, there are 4 stations located at the are of old town Bangkok – Wat Mangkorn, Sam Yot, Sanam Chai, and Itsaraphap The extension of Blue Line will expect to serve 350,000 passengers a day and when the whole extension is fully completed, the number of commuters will expectedly reach 800,000 per day.

According to Mass Rapid Transportation Authority’s plan, the last station of this line will open in a month later, in September.

Finally, the rest of the Blue Line MRT extension being under construction will open on March 2020.

The latter construction will cross the river to the Thonburi side and this extension will reach 13 kilometres and it will serve 8 stations which have a connection with MRT Purple Line (Tao Poon Station) and MRT Blue Line itself (Thaphra Station). Ticket prices vary between 16 – 42 Baht