One of the Thai arts which are popular and attractive among foreigners nowadays is Thai TattooThere is a huge number of foreigners visit Thailand to get a tattoo. Thai Tattoo is defined as an art and magical belief. Every magical symbol has a meaning behind. Now, let’s get to know more about Thai tattoo.

Thai Tattoo or Sakyantra is a form of tattooing originally introduced by Khmer people of the Khmer Empire which influenced much of its culture in the region during its reign. It consists of sacred geometrical, animal and deity designs accompanied by Pali phrases that offer power, protection, fortune, charisma and other benefits for the bearer. These days, it remains popular in Cambodia, Thailand, and also in Laos and Myanmar

There are many traditional image and designs of Thai tattoos, but some of the most well-known and popular include:

Typically tattooed on the back left shoulder. Each of the five lines relates to a different blessing for success and good luck.

It normally tattooed on the occipital bone. The image of the tattoo means being immortal and protection from harm and abuse. 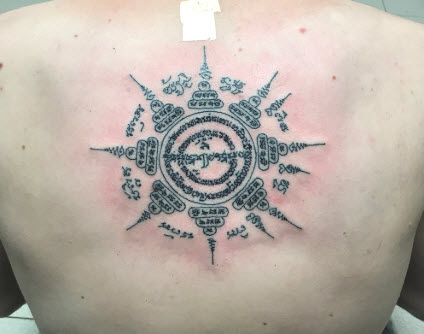 This design represents the protection in the eight directions of the universe.

Where we can get a Thai tattoo?

We can find Tattoo studios across Thailand and they offer both Thai style and modern style. But, the traditional way recognizably performs at the temple and a ritual house. There are popular temple where people typically visit to get a tattoo. 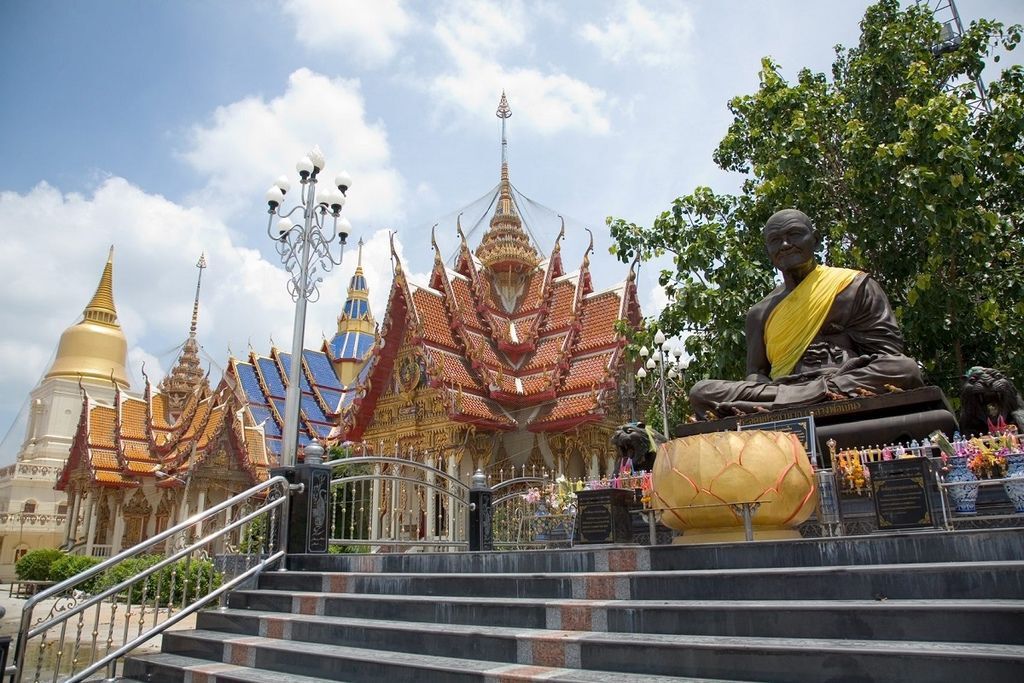 Tags:artCulture
previous article
Holiday rental in Pattaya: how to invest?
next article
Popular spots to go out at night on Koh Samui