Bang Sue Grand Station is one of the Thailand mega projects and this place aims to be the new railway and transportation hub of Thailand. Bangsue Grand Station project is located in the area of Chatuchak District, Bangkok. It will be replaced from the current Bangkok Railway Station or it is known as Hua Lamphong Station.

The station will be the main hub of Thailand and Bangkok’s railway system. It will serve both current intercity train and Bangkok Mass Rapid Transit. As well as, future plan of Thailand’s transportation, such as High-speed train, Airport Rail Link, and commuter train, will operate here.

With this development, Bangsue Grand Station will not only be a station, but also this area will become the new Central Business District and modern residential of Bangkok.

Regarding real estate development, Thai developers believe that this project will provide an opportunity for expanding the growth of the real estate market. “The expected completion of Bangsue Grand Station and railway systems will affect the demand as consumers migrate to the Taopoon-Bangsue area. The land surrounding the station has been divided into zones which will attract new business and opportunities due to the great potential of future growth,” says Marciano Birjmohun, Associate Director at Knight Frank Thailand.

In short, Grand Bangsue Station Project will lead Thailand to the next steps of improvement in transportation mode, logistic, and domestic employment. 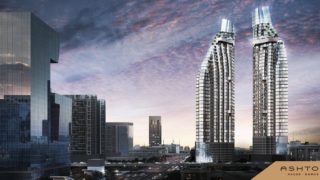