The general sentiment that the Thai economy has gained momentum is shared among a majority of institutional and foreign investors (98.5% of foreign investors are optimistic according to the 2018 BOI’s annual survey on foreign investor). This confidence is a great opportunity for Thailand when it comes to driving investment towards targeted industries. It’s one of the explanation of why the environment business has become more conducive to investment over the last year.

With an increasing number of scientific evidence highlighting the proliferation of rising temperatures and extreme climatic events, governments across the world have developed a range of actions to address this issue. In Thailand, the government has committed to reducing greenhouse gas emissions by 20% by 2030 (as part of its pledge made for the cop21).

To continue, we need to distinguish green economy and Bio-economy. Put simply, the green economy can be described as one that is low carbon, resource efficient, and socially inclusive. It focuses upon a sustainable future that gives fair value to natural capitals. The bio-economy instead determines the ‘real’ value of biological products and allows for the manipulation of biological processes to create jobs and maintain competitiveness. In Thailand, both of these economies are useful and necessary in driving growth and ensuring sustainability.

By being unresponsive to change, many industries may lose their competitiveness in local and international markets. Should they not adhere to the climate change response policies of the countries in which they operate or trade, they may encounter nontariff trade barriers such as embargos, production process standardization and labelling.

Thailand Board of Investment offers a range of attractive investment incentives to enterprises engaging in energy conservation, alternative energy, and eco-friendly material production. Some benefits include import duty exemptions on machinery and corporate income tax breaks.

In 2010, Thailand’s Ministry of Industry launched the ‘green industry project’. Designed to provide guidance for green factories, the program is available for businesses across Thailand to learn the fundamental elements of ‘going green’. Since then, more than 23,000 firms have been certified under the green industry project. With adequate front-end investment, businesses which follow the green industry path will quickly become financially viable and contribute to the growth of Thailand’s green and bioeconomies.

In 2004, Thailand instituted a National Biotechnology Framework that helped to create the conditions and capacity for the nation to pursue its biotechnology objectives. This was followed by the 2012-2021 National Biotechnology Policy Framework, which aimed to encourage innovation, boost overall competitiveness and generate greater productivity throughout the bio-economy. Since 2015, the Thailand 4.0 growth plan aims to emphasize this movement.

Today, the main challenge for the Thai Government is to drive the abundant investment towards the green industries. The BOI (Thailand Board of Investment) shared in its report about green industries figures that do stress the opportunities offered by foreign investment for example. This foreign investment abounds in key sectors like biotechnology or medical, and offers Thailand a chance to be at the forefront when it comes to green a economy. 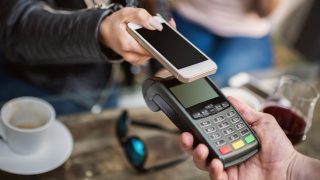