An in-depth study has been conducted on the real estate market in Bangkok and brings us some details as for 2017 and the evolution of this market in the Thai capital.

The general trend of residential properties’ prices stayed rising since last year. Indeed, 2017 has been the synonym of a constant increase all along. This growth is due to the economy recover and to the boost of the purchasing power in Thailand.

King Rama IX’s death and the period of mourning which followed this event led to a lower growth rate for the last quarter of the year. The Price Index* has, indeed, grew from 199 to 205 from one quarter to another, so an increase of only 3 %.

* A Price Index is a price average established for a certain type of property, in a certain city, with a certain timeline given. Simply, a percentage that shows to what extent a price changed during a certain period of time, compared to the prices of another year taken as a basis.

Prices Boost: Optimistic during the 3 Past Years

Since 2015, we can register an impressive development of the residential real estate – more than 100 %. By comparing a different kind of goods, we can see a net difference of condominiums prices by square meters, which still are upper than houses’ ones – either individuals either townhouses.

Indeed, in the 4th quarter of 2017, condos prices rise up to 54 % compared to the same period of time in 2015. Houses also got some value but in a lower and less important way. By looking more in-depth at the types of units, we can actually note that the properties estimated at more than 15 million bahts had a boost particularly important.

Chatuchak is the district which had the biggest growth with 5 %. On the second step of the podium is Bangna which did better than Phra Khanong by showing a rising record of 3%.

The condominiums offer on the market has been really high in 2017, therefore, the real estate developer launched several promotional campaigns and special offers in order to stimulate the demand and to decrease the offer – which conducted to a decrease of this one of 7 % in the last quarter of 2017.

This offer so abundant was mainly about condominiums – 88 %. Houses represented a proportion much lower of the offer on the market because they are often bought to live in, more than for resales or investment.

The offer on the market should expand this year with the arrival of new projects. Nevertheless, the real estate market should recover slowly because the household purchasing of power stays fragile. However, the offer should keep being stable.

“The offer should keep being high following the several new projects planned for 2018. Nevertheless, this should not conduct to a surplus problem given that the developers are keeping an eye closely on the situation and are ready to calibrate the offer, in order to maintain the price level wished”, noted Kamolpat.

“The current market dynamic should keep going and then permit to the sellers to take advantage of the price increase in Bangkok. Buyers, for their part, will find their part thanks to the low-interest rates and to the competitive offers from the sellers and developers, who are under pressure to reduce their leftover units and to set free new stocks on the market”, she concluded. 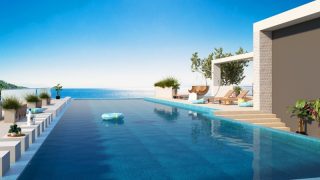