What Is Loy Krathong Festival?

Being a Thailand-lover, you must have at least heard about Loy Krathong Festival once or twice. But what is this festival about? What is the original purpose of Loy Krathong? Let’s dig into the history a little, Shall we?

What is Krathong made of

Thousands of shimmering candles on the river. Sounds Amazing, don’t you think? Krathong is originally made of banana stem and folded banana leafs decorated on top with flowers. In the traditional way, you have to cut some of your own hair and nails, it represents all the bad luck attached to you. Which is believed to be “taken away” with the Krathong.

What is the purpose of Loy Krathong

Loi Krathong is one of the most meaningful and emotional festivals in Thailand. Various provinces in Thailand have their own localized customs on how to celebrate this ancient festival, but the overall theme is the same.

The history behind the festival is complex, Thais have multiple reasons to celebrate Loy Krathong. The first reason would be Thanking and to pay respect to Khongkha (The River goddess Ganga) and at the same time to apologize for polluting the waters. Another reason is, to float away all the anger and bad luck you have been holding into. “Float away the darker side of yourself”

Each individual carries prayers and wishes sent off to float down rivers and streams. Loy Krathong with your family will create amazing memories of your wonderful trip in the land of smiles.

Where can you float a Krathong in Bangkok?

You can celebrate Loy Krathong Festival at Asiatique,
the banks of Wat Saket and around Khao San Road, head to the nearby Phra Athit Pier.
(Many hotels in Bangkok host a Loy Krathong event at their swimming pool area.) 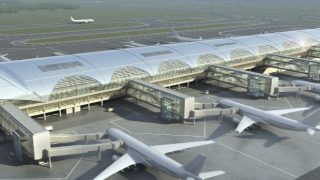